Taken from Start Some Good

“An Australian non-profit, working with refugees and asylum seekers, has successfully raised over $153,000 (AUD) through crowdfunding to break the StartSomeGood.com record as biggest campaign of all time and surpassing their overall goal of $150,000.

The Asylum Seeker Resources Centre (ASRC) will soon hit the road with their Food Justice Truck, a mobile food truck selling fruits and vegetables to the public at market prices in order to subsidise the cost for asylum seekers and allow them to access fresh, healthy food.

With great campaign rewards, including a private dinner party with international music star Gotye, and a killer social media strategy, the ambitious goal of $150,000 never seemed too far-fetched. In fact, $85,000 of that was raised in the first two weeks alone. “ 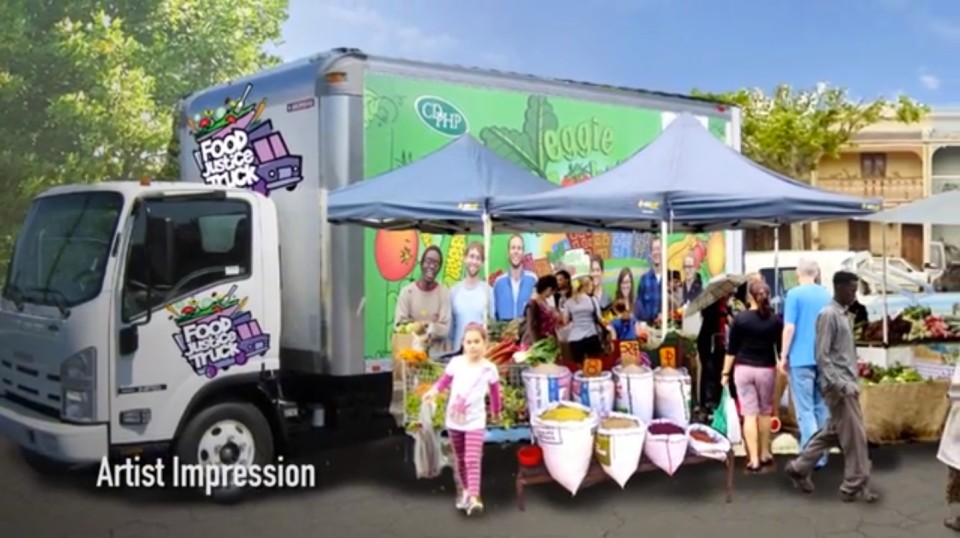 Described in the words of Patrick from the Asylum Seeker Resource Centre,

This week the ASRC launched its Food Justice Truck crowd funding campaign.  It’s one of our most ambitious, potentially far-reaching and impactful projects to date.  I am writing to make sure that you’ve heard about this and to encourage you to support the campaign by making a donation and spreading the word.
Here’s the campaign site with a great 90 second video featuring Kon, Gotye and myself:
www.startsomegood.com/foodjusticetruck
And we’ve had some great media to (SBS World News, The Age etc):
SBS- “Campaign launched to assist struggling welfare groups”
Maribyrnong Weekly- “Food for thought in truck justice campaign”
The Age- “Tucker truck aims to feed refugees”
Tom Dawkins, the founder and CEO of Start Some Good is actually more fond of the term ‘peer funding’ than ‘crowd funding’, because that’s who it is that gets you over the line in the end . . . your peers. Yes, we were on SBS news, yes the message is getting to a lot of people on Twitter and Facebook, but we’ve got over $80,000 to go, and we need your help.

In short, due to current government policies asylum seekers living in the community have on average $20 left each week for food, and it’s nowhere near enough (Monash Uni recommends $130/week for adult male = $5 per meal). The Food Justice Truck will be a mobile market that sells healthy food stuffs to asylum seekers at a 75% discount (turning $20 into $80 worth of food) as well as to the general public at market rates. It’s a world first. And we’ll purchase all fruit and veg from Spade & Barrow, a social enterprise that direct supports struggling Australian farmers.

This is certainly my most ambitious project in 7+ years at the ASRC, and probably the most ambitious of my life.  It’s new, it’s exciting; it’s food and justice . . . in a truck!